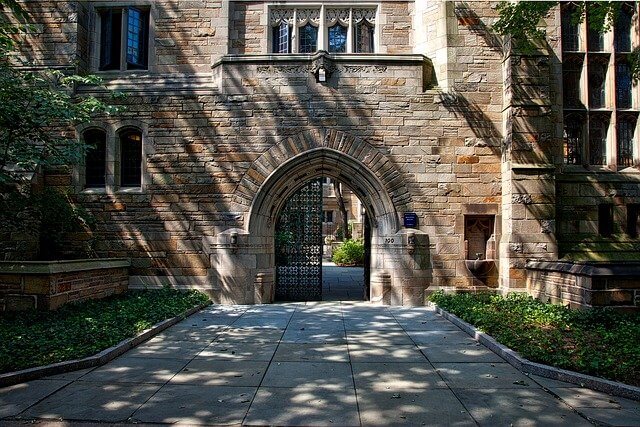 The University System of Georgia will reinstate its ACT and SAT requirement after a one-year suspension, the system announced on Wednesday. Students applying for admission for the spring of 2022 and beyond will be required to submit standardized-test scores.

Last summer, amid uncertainty about applicants’ ability to take the ACT and SAT during the pandemic, the Georgia system waived testing requirements for applicants seeking admission in 2021. In a news release, the system called that move a “temporary adjustment.” Enrollment officials at the system’s 26 institutions expected that it would be just that.

Still, one of those officials expressed disappointment on Wednesday: “I haven’t had a drink on a weeknight since 2020. Poured a stiff bourbon at 5:30.”

The pandemic prompted many colleges and state systems to permanently or temporarily waive their ACT and SAT requirements. Nationally, more than 1,400 colleges will not require test scores for admission for the fall of 2022, according to a list maintained by the National Center for Fair & Open Testing.

But the Georgia system’s announcement offers a reminder: Though Covid-19 disrupted the testing status quo, the exams that plenty of people loathe aren’t about to become extinct. Taking multiple-choice tests will, for many applicants who choose to take them, remain a core part of the experience of applying to college. And students applying to Georgia Tech and the University of Georgia, which draw applicants from around the country, will have no choice but to submit scores.

Enrollment officials at two of the system’s institutions — who said they had been advised not to speak publicly about the system’s testing requirements — said the one-year switch to test-optional policy had helped their institutions admit a more-diverse freshman class for the fall. Both officials told The Chronicle that they strongly opposed the reinstatement of ACT and SAT requirement.

In a direct message to The Chronicle, one enrollment official expressed concern that the requirement would reduce the number of applicants to the system’s institutions: “Contiguous states with declining populations already live off Georgia students. This will make keeping talent in state harder. Currently, nearly 100 regional recruiters live in Georgia from other colleges. This makes their job even easier. With the rest of higher ed going test-optional, it’s hard to believe nonresidents will test just for a Georgia public. On the eve of a demographic cliff, this feels like getting pushed off.”

Several high-school counselors slammed the system’s announcement. “I’m so exhausted from all the barriers kids are jumping through this year,” Lisa Vigneau, a school counselor at Walpole High School, outside Boston, wrote in a message to The Chronicle. “I’m really thinking twice about recommending these schools that are still requiring SAT.”

Vigneau said she saw “weekly drama” among her students about ongoing ACT and SAT cancellations. “The College Board asks if we would be willing to host an extra test date, and it’s like ‘with what staff?!’” she wrote. “If you think I’m going to cajole 20 faculty members (who are already completely exhausted) into coming in to school on a Saturday to proctor standardized testing so kids can apply to the University of Georgia … I’m not!”

Sanjay K. Mitchell, director of college and alumni programs at the Thurgood Marshall Academy, a public charter school in Washington, D.C., told The Chronicle: “We saw tremendous gains in college admission for disenfranchised students during this year. To think about going back to requiring test scores, while we are still dealing with the pandemic, as part of the application process is a step backward from true equity and progress for students.”

Georgia’s public universities won’t be the only state institutions requiring ACT and SAT scores in 2022. Notably, the State University System of Florida didn’t suspend its testing requirements during the 2020-21 admissions cycle, and it’s apparently not about to do so now.

But at a time when so many other institutions are moving away from mandatory policies, anyone hearing the the latest admissions news from the Peach State would surely wonder: Why is the Georgia system restoring its testing requirements so quickly during an ongoing pandemic?

When reached by phone Wednesday evening, a spokesman for the system declined to comment. He asked The Chronicle to email him questions, which he did not answer by late Wednesday.ADVERTISEMENT

But here’s one important piece of context: Georgia’s prestigious Zell Miller Scholarship, which provides full tuition to in-state residents enrolling at eligible institutions, has multiple requirements. Those include graduating from high school with at least at 3.7 grade-point average — and scoring at least a 1200 on the SAT or 26 on the ACT.

One enrollment official wrote on Wednesday that the system’s leaders believe that “tests are how admissions should be done.”

Many institutions that made test scores optional over the last year acted out of necessity: Students’ access to the exams was limited. Now that the nation is opening back up, don’t be surprised when other state systems start requiring the ACT and SAT again.